I, Jennie Clark, Attorney at Law, based out of Portland, Oregon, handle police abuse, false arrest cases, police negligence and/or police brutality cases involving the deadly use of force. I prefer cases in Multnomah, Clackamas and Washington Counties. However, I will consider cases in all of Oregon and even Washington State which involve a wrongful arrest or the excessive use of force.

Below is a photo of me in front of the courthouse near my law school, University of California, Hastings, where I first attended a police misconduct demonstration in San Francisco. After working to help with police misconduct cases while in law school, I decided to add this area of law to my Oregon practice. During my first year of law school, I spent a day interviewing hundreds of high school students who had been brutalized by the police. The evidence was disturbing and many of the students were credible, honor role kids. I realized that if police officers will brutalize school children then nobody is safe and that addressing police misconduct is essential to protecting the fundamentals of any democracy and the safety of all of us. 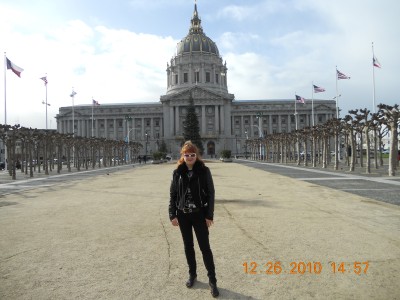